Music Director - Antonio Pappano | Accademia Nazionale di Santa Cecilia
This website or its third party tools use cookies, which are necessary to its functioning and required to achieve the purposes illustrated in the cookie policy. If you want to know more or withdraw your consent to all or some of the cookies, please refer to the cookie policy. By closing this banner you agree to the use of cookies.
CloseRead more

Sir Antonio Pappano has been Music Director of the Accademia Nazionale di Santa Cecilia since 1 October 2005; he had already become Music Director of London’s Covent Garden in September 2002. In the past, he has filled other prestigious positions: in 1990 he was named Music Director of Den Norske Opera of Oslo, the theatre where he made his international debut, and from 1991 to 2002 he carried out the same role at the Théâtre Royal de la Monnaie in Brussels. 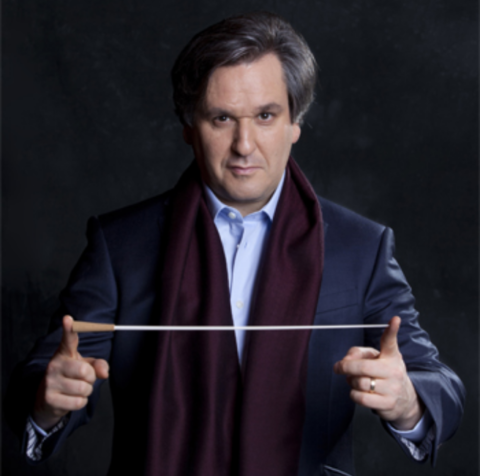 Born in London in 1959 to Italian parents, he studied piano, composition and conducting in the USA. Among the more impressive steps in his career must be cited his debuts at the Vienna Staatsoper in 1993, at the Metropolitan in New York in 1997 and at the Bayreuth Festival in 1999.
Sir Antonio Pappano has conducted many of the world’s major orchestras, including the New York Philharmonic, Berlin Philharmonic, Vienna Philharmonic, Amsterdam Concertgebouw, Symphony Orchestra of the Bayerischer Rundfunk and London Symphony. In April 2014 he made his debut at Teatro alla Scala in Milan with Berlioz’s Les Troyens, a production which was awarded the “Premio Abbiati della Critica Musicale Italiana” as “Best Opera” (the “Premio Abbiati” of the National Association of Italian Music Critics is Italy’s most prestigious classical music prize).
In 2005, he was named ‘Conductor of the Year’ by the Royal Philharmonic Society; that same year he also received the Abbiati Prize for his conducting of the Requiems of Brahms, Britten and Verdi together with the Artistic Ensembles of the Accademia Nazionale di Santa Cecilia. 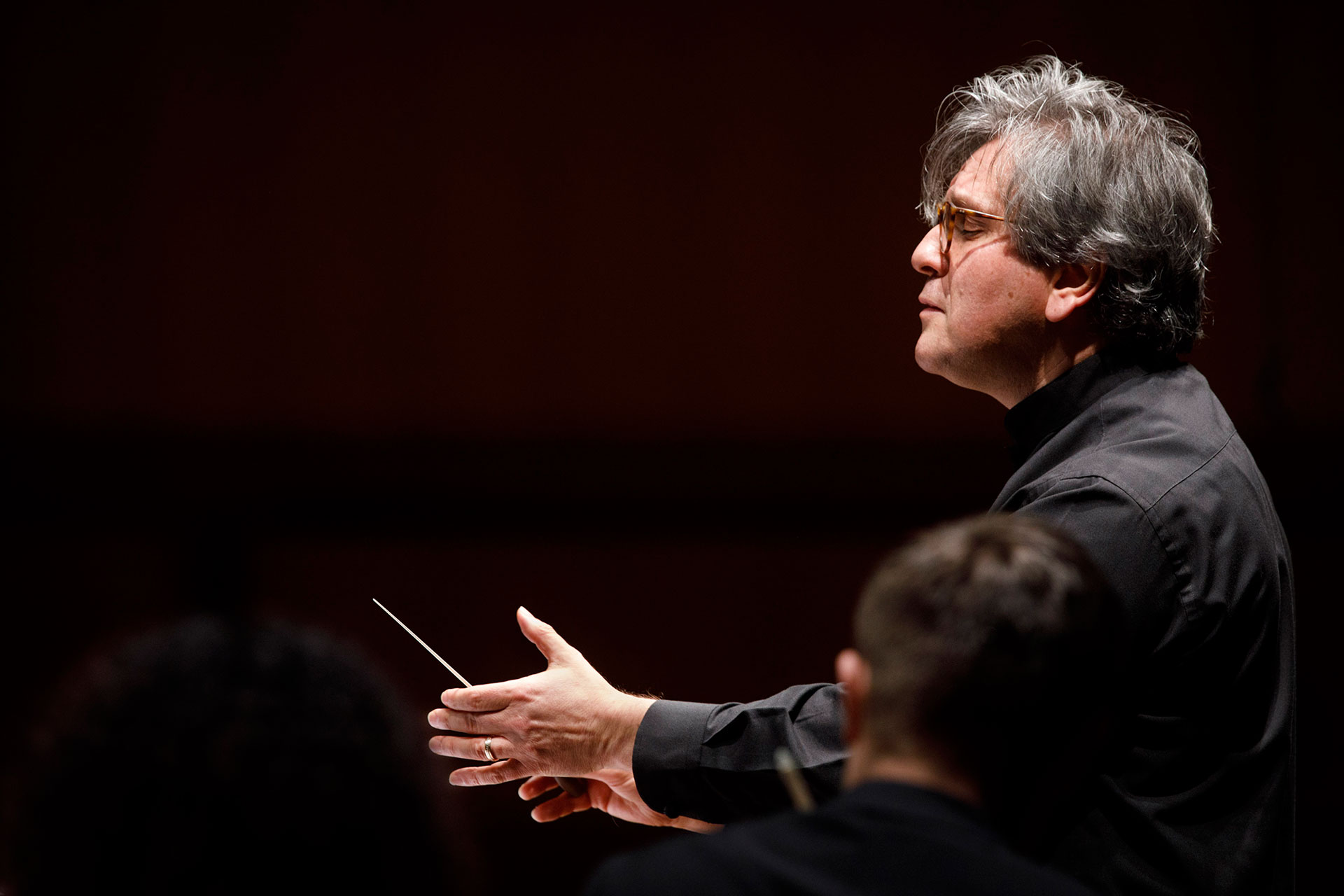 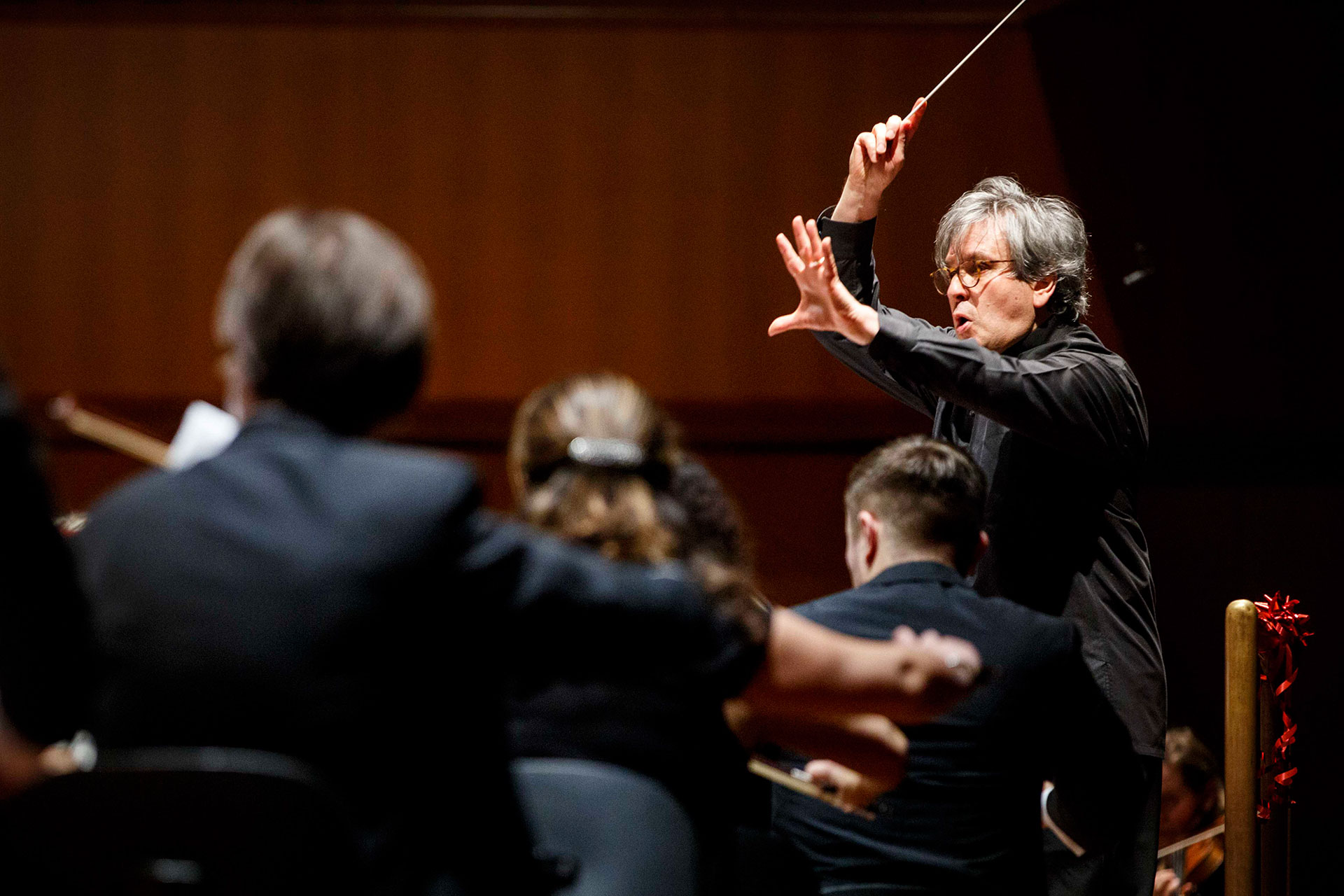 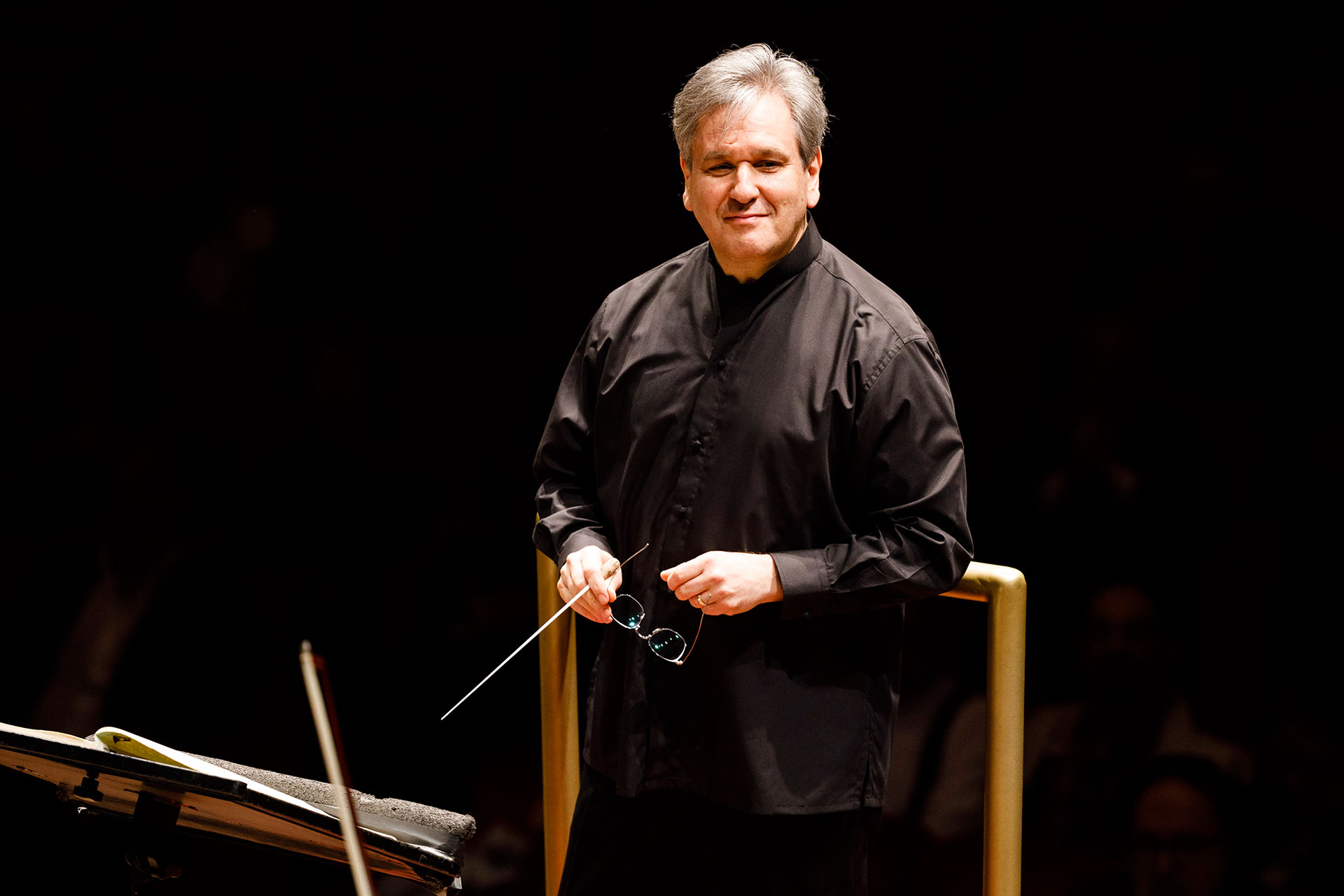 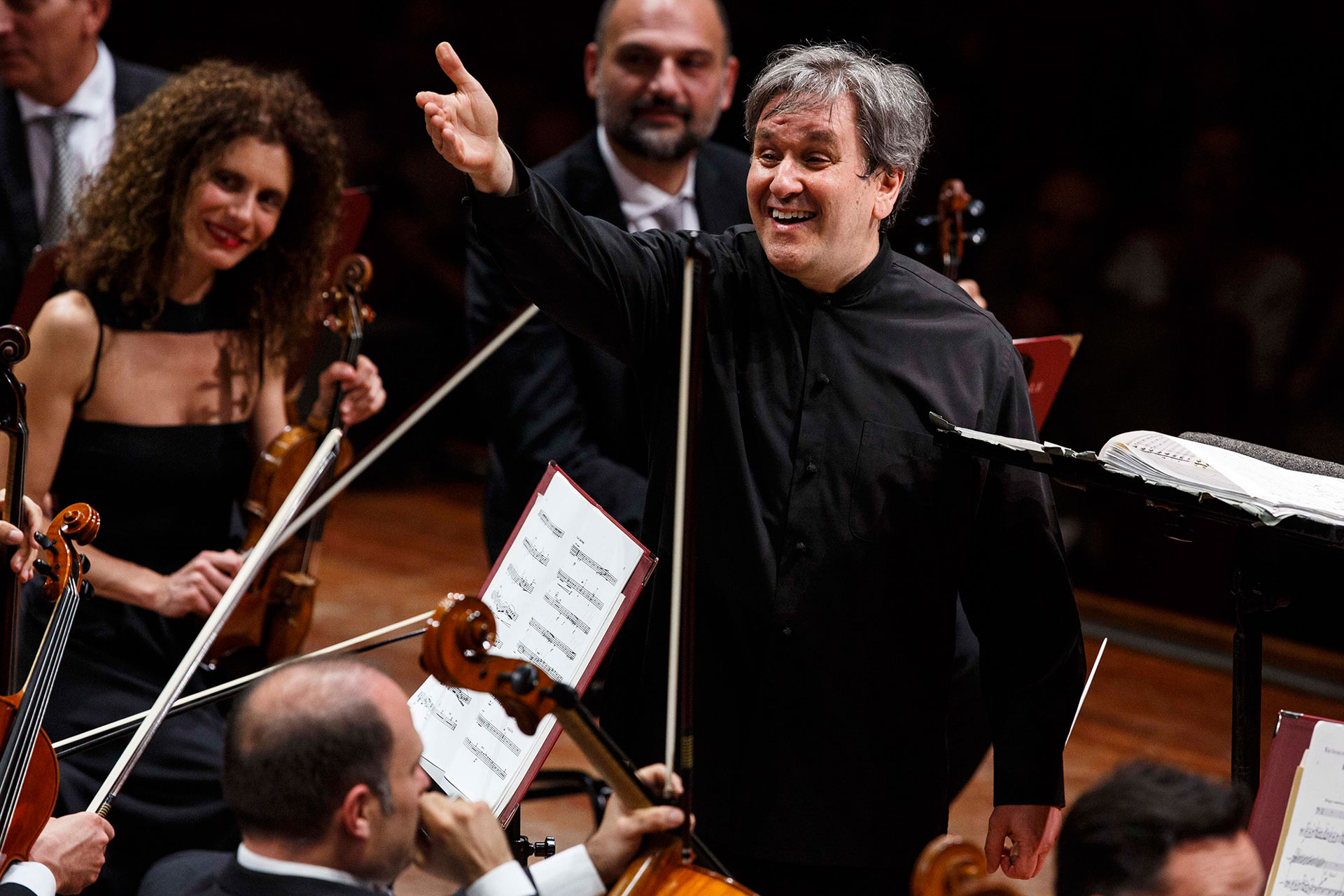 Sir Antonio Pappano records extensively for Warner Classics and has made several recordings with the Santa Cecilia Orchestra and Chorus. Among his latest recordings are Britten’s War Requiem and Rossini’s Overtures, Verdi’s Aida (that has taken home numerous awards, among others, Gramophone Classical Music Awards, ECHO Klassik Preis as Conductor of the year and the Preis der deutschen Schallplattenkritik), Tchaikovsky’s Piano Concerto no. 1 and Prokofiev’s Piano Concerto no. 2 with Beatrice Rana at the piano, Le Carnaval des Animaux with Martha Argerich, the Bernstein’s Symphonies  and, by Decca Records, Brahms’s Violin Concerto (with the Orchestra dell’Accademia di Santa Cecilia) and Bartók’s Violin Concerto no. 1 (London Symphony Orchestra) starring Janine Jansen as soloist and Schumann’s Piano Concerto with Jan Lisiecki (Deutsche Grammophon). In February 2016 Sir Antonio Pappano was awarded with the 58th Grammy® Award for Best Classical Solo Vocal Recording together with mezzo-soprano Joyce DiDonato for their Erato Classics release.
On 16 April 2007 Sir Antonio Pappano was named an Active Academician of Santa Cecilia. In 2012 Pappano was knighted by Queen Elizabeth II for his services to music and in the same year he was appointed “Cavaliere di Gran Croce dell’Ordine al Merito della Repubblica Italiana”. In March 2015 the honorary degree in Music was conferred to Antonio Pappano by the University of Tor Vergata in Rome, and on May 5th he received the RPS Gold Medal – the Royal Philharmonic Society’s highest honours – becoming the 100th RPS Gold Medallist since the honour was founded in 1870.

On 14 April 2019, Associazione Nazionale dei Critici Musicali awarded the 38th “Franco Abbiati” Prize for best conductor to Antonio Pappano, for his performance of West Side Story with which the Accademia inaugurated the 2018/19 season on 12 October 2018, and for the complete set of Bernstein’s Symphonies performed in February 2018 with the Accademia Nazionale di Santa Cecilia Orchestra and Chorus.

In March 2021, he was announced as the next Chief Conductor of the London Symphony Orchestra (Designate from 2023/2024 Season). 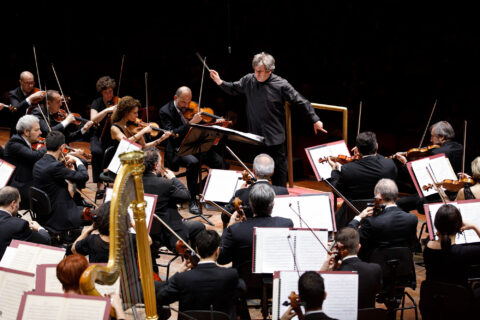