The origins of the multi-secular Accademia Nazionale di Santa Cecilia are closely linked to choral singing: in the second half of the 1500’s, several Chapel-masters and Choristers formed an association, electing as President Giovanni Pierluigi da Palestrina, thus founding the Accademia. In May 1595, Pope Sisto V issued the papal bull Ratione congruit, the act officially founding the Congregazione dei Musici.

The objectives of the Institution, which was launched as an association having both artistic and charitable aims, have undergone continuous modification over the centuries, but the promotion and growth of the art of music in all its manifestations have always been the inspiration guiding all its activities.
The Chorus of the Accademia Nazionale di Santa Cecilia, made up of about 90 members, appears in both the winter and summer seasons of the Accademia, joining the Orchestra for performances of the great classic and modern symphonic-choral works. 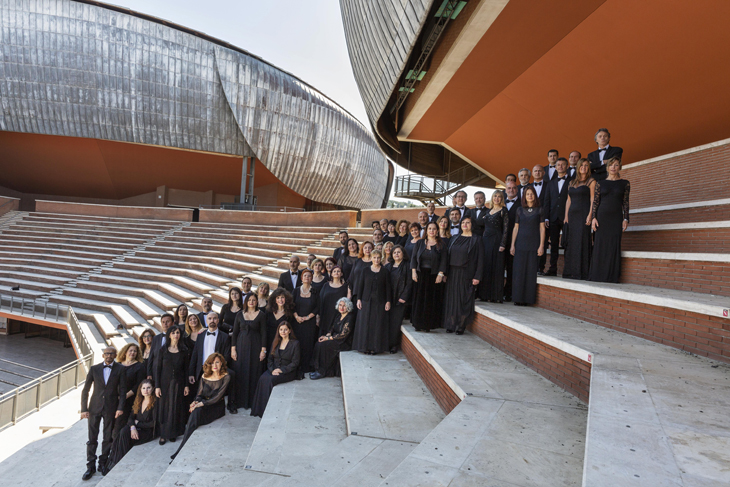 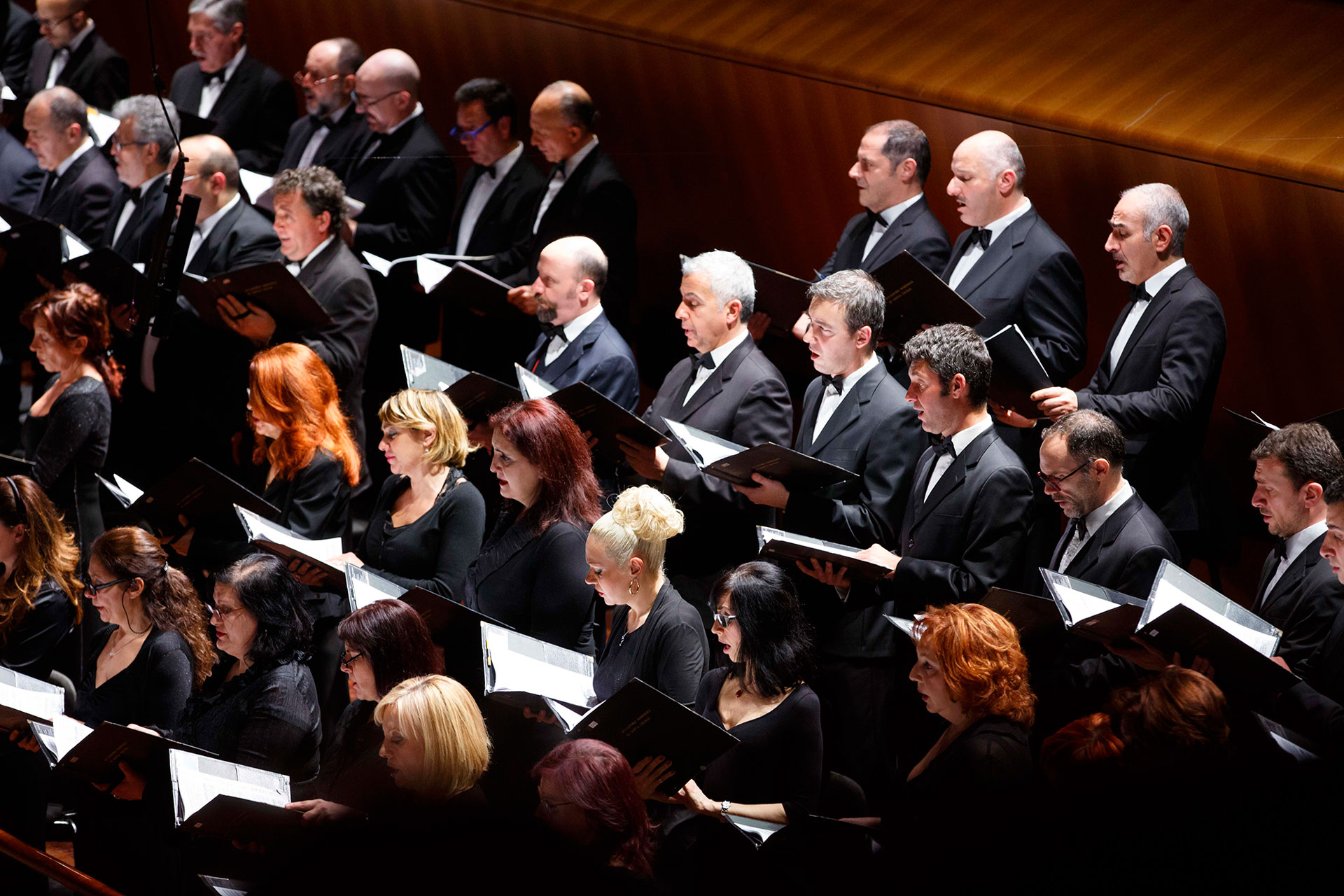 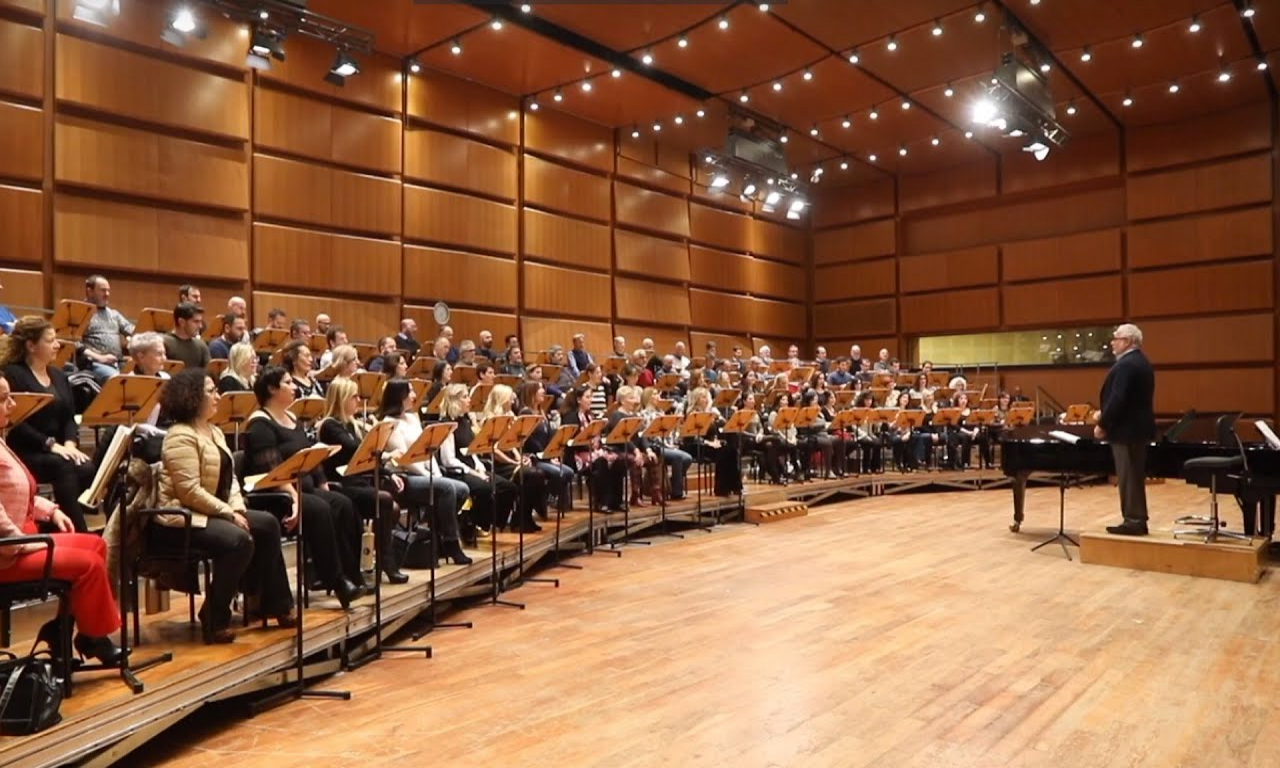 Highlights among its more recent engagements include tours the Santa Cecilia ensembles made together with Music Director Antonio Pappano to the Dresden Semperoper (2006), the London Proms (2007, 2011, 2013), the Salzburger Festpiele (2011, 2013, 2014) and the Enescu Festival (2017); its appearance in Lucerne with the famed Lucerne Festival Orchestra directed by Claudio Abbado (2006); and its participation (October, 2007) in the Sacred Music Festival in Rome, for the performance of Verdi’s Requiem with the Vienna Philharmonic conducted by Daniele Gatti.
The Chorus has also made numerous recordings. Together with the Accademia Orchestra, it took part in the recording of Madama Butterfly by Puccini, the Requiem by Verdi (both directed by Antonio Pappano), which received the 2010 BBC Music Magazine Award as best recording (choral section), the 2010 Classical Brits Critics Award and a Gramophone Award.

Among the most recent engagements, mention is to made of the participation, along with the Radio France Orchestra and Chorus, at the Festival de Saint-Denis, conducted by Valery Gergiev (July 2018 – Berlioz, Requiem), and the closing concert of Spoleto’s Festival dei Due Mondi, joined by Marion Cotillard (July 2018 – Honegger, Jeanne d’Arc au bûcher) The year 2018 also saw the Chorus’s participation in the recording of Leonard Bernstein’s Symphony no. 3 (Kaddish, conducted at Santa Cecilia by Antonio Pappano to mark the hundredth anniversary of the composer’s birth).

Born in Faenza in 1957, in 1979 Piero Monti graduated from Florence’s Luigi Cherubini Conservatory with top marks in Choral Music and Choral Conducting. That same year, he won a competition at Teatro Comunale di Bologna to become a musical assistant and, in 1983, was made the stage musical Director. 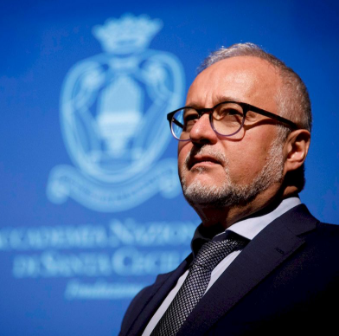