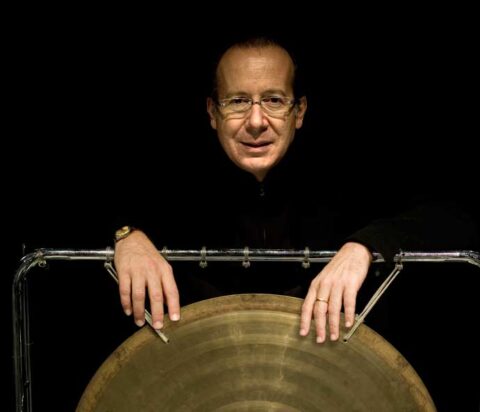 Born in Lecce in 1953, he took his diplomas in piano and composition at the Milan Conservatory “G. Verdi” and completed his training at the Accademia di Santa Cecilia with Franco Donatoni.
Holding over 160 titles, Ivan Fedele’s catalogue include Antigone, an opera commissioned by Florence’s Teatro Comunale for the opening of Maggio Fiorentino 2007, which won the 27th “Franco Abbiati”, a prize awarded by the Associazione Critici Musicali Italiani.
In addition to his prolific production of chamber works, he has written numerous compositions for orchestra, symphonic/vocal works, concertos for solo instrument, and electronic works.
His music has been conducted, among others, by Pierre Boulez, Christoph Eschenbach, Myung-Whun Chung, Esa-Pekka Salonen, Riccardo Muti, Leonard Slatkin, and Antonio Pappano.
He has been awarded numerous honours for his recordings, including “Choc de la Musique 2003” awarded by the magazine Le Monde de la Musique; “Coup de Coeur 2004” awarded by Académie Charles; “Premio del Disco Amadeus 2007”; and “Premio della Critica” awarded by Musica & Dischi magazine in 2011.
Ivan Fedele’s intense academic activity has brought him to such important institutions as Harvard and Berkeley, IRCAM in Paris, London’s Royal College of Music, CNSM in Lyon and CNR in Strasbourg, HEM in Geneva and Lausanne, Moscow’s Tchaikovsky Conservatory, the Toho Gakuen School of Music and the College of Music in Tokyo.
In 2000, the French Ministry of Culture honoured him as “Chevalier de l’Ordre des Lettres et des Arts.”
Since 2005, he has been an Academic of Santa Cecilia, where he currently holds the professorship in the master course in Composition.
He was also named a member of Accademia Filarmonica Romana in 2009, and of Accademia Filarmonica di Bologna in 2013.
From 2009 to 2011, he was artistic director of Milan’s Orchestra I Pomeriggi Musicali. Since 2012, he has been director of the Music Section of the Venice Biennale. In 2016, the Fondation de France awarded him the Prix International “Arthur Honegger” for his lifetime achievements.