A great success for the first edition of the International Composition Competition Luciano Berio, which was promoted by the Accademia Nazionale di Santa Cecila and by the Centro Studi Luciano Berio. It is a result of the collaboration between the SIAE – Società Italiana degli Autori ed Editori, the Filarmonica della Scala, the Fondazione Teatro del Maggio Musicale Fiorentino, the Orchestra Sinfonica Nazionale della RAI and the Fondazione  Boris Christoff.

“There is music and music”, one could say quoting the cult television program created in 1972 by Luciano Berio himself, where different aspects of music and its future are interwoven with the need that the new generations perceive within the process of creating and writing music. The composition competition and the international success received is the proof that the world will always have the need for music and musicians and that artists must be given the possibility to compose freely.

There were 128 candidates present: 89 from Europe, 14 from the Americas, 22 from Asia, 2 from Australia and 1 from Africa and 37 countries represented. The composers ranged between the ages of 13 to 40, the cut-off age to enter the competition.

The elimination phase, which concluded on the 30th September, determined the finalists of the composers. The final phase of the completion was held in Rome the 13th and 14th of October .

The prestigious jury, chaired by Antonio Pappano and composed by Ivan Fedele (Italia), Unsuk Chin (South Korea), Tristan Murail (France) e Augusta Read Thomas (USA), after having analyzed the scores, declared the Chinese composer Yikeshan Abudushalamu the winner. Each candidate was asked to submit two scores: The first for a Symphonic Orchestra, the second one of their choosing, in order to have a greater understanding of each composer’s musical literature.

The jury also awarded two honorary mentions: One for a Korean composer  Hankyeol Yoon and another to the Chinese composer Bo Li. 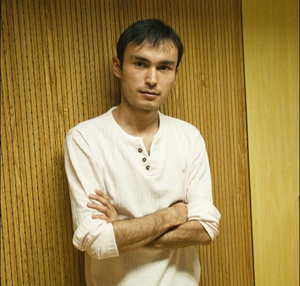 The composer Yikeshan Abudushalamu, born in 1985 in the Xinjiang, autonomous region of the Popular Republic of China. Abudushalamu belongs to the Uigura community, a Turkic Muslim ethnic group spread in the north-west of the country.

From 2008 to 2013, he studied composition at the Shanghai Conservatory, with Guang Zhao and Shirui Zhu, then he completed a master from 2015 to 2019 under the same guidance of Shirui Zhu.

In 2013, the Austrian Ensemble XX Jahrhundert presented its quartet for strings “Modulation of three primary colors”, commissioned by the Shanghai New Music, achieving success from critics and public. In 2015 he was guest composer at the Manca Festival in Nice, France. In 2014, he received the Excellence Award of the 11° Electroacoustic composition competition at the International Festival of Beijing Electronic Music.

His piece, Repression, was performed as a world premiere in Rome, by the Santa Cecilia National Academy Orchestra, under the baton of Antonio Pappano, on March 12, 2021, as part of its 2020-2021 Symphonic Season. The composition is due to be performed also on tour by the Santa Cecilia Orchestra and Antonio Pappano at the Bonn Opera on August 27, 2022. Repression was also performed in Turin, by the Rai National Symphony Orchestra conducted by Michele Gamba, on February 3, 2022, while on November 22 is scheduled at La Scala Theatre in Milan, when it will be performed the Philharmonic della Scala Orchestra under the baton of Thomas Adès.