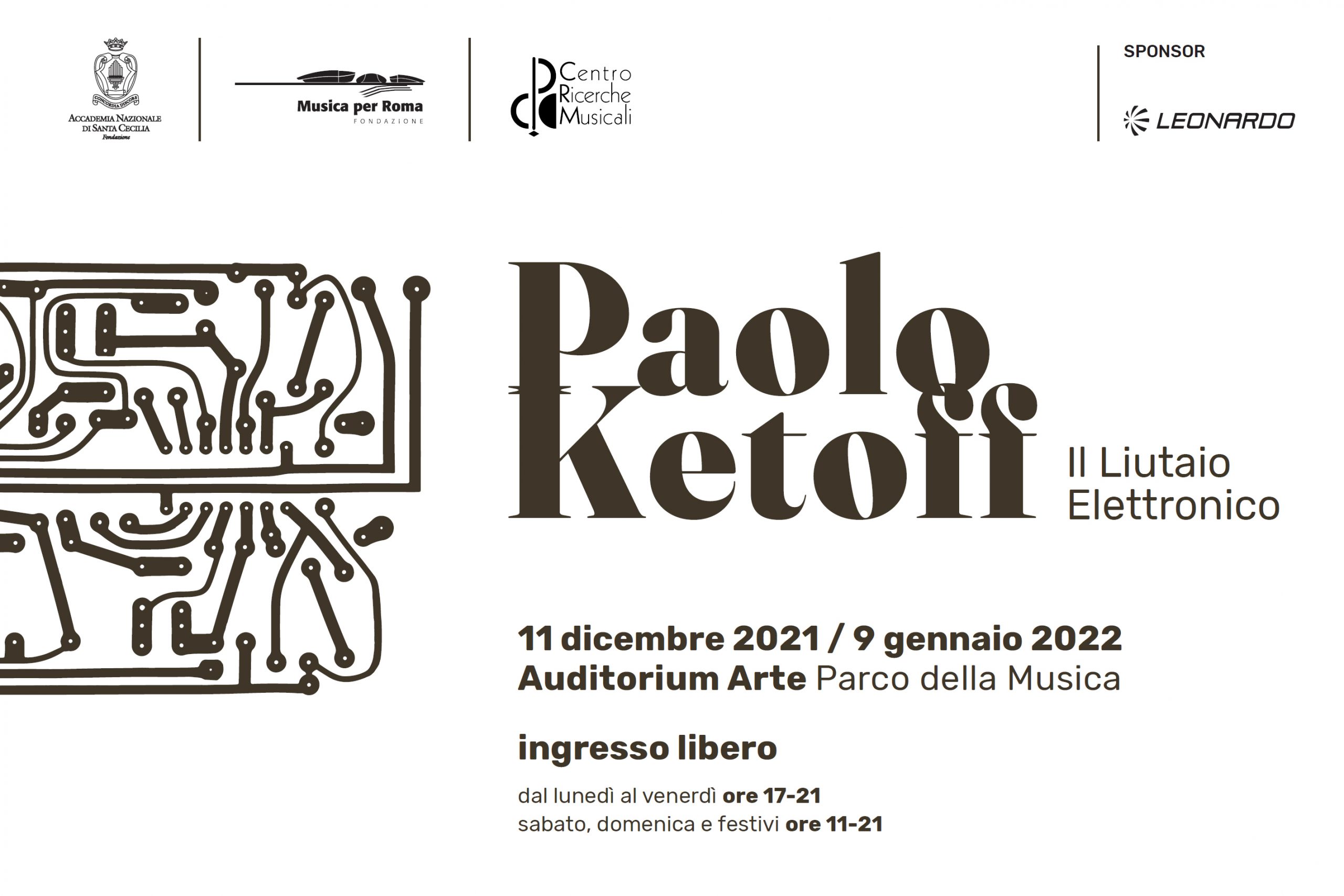 Accademia Nazionale di Santa Cecilia, in collaboration with Fondazione Musica per Roma and CRM Centro Ricerche Musicali, and with the support of Leonardo, has organized a retrospective dedicated to Paolo Ketoff, a multifaceted and central figure in the musical avant-garde, who profoundly influenced the music and culture of cinema sound engineering in the 1960s and 1970s. The exhibition will be open to the public from 11 December 2021 to 9 January 2022.

A sound designer of Russian origins who worked mainly in film with directors like Comencini, Pontecorvo, Rossellini., and Antonioni, Ketoff is known above all for having invented one of the first synthesizers, defining himself as a “luthier at the service of the musician.”

The exhibition, entitled Paolo Ketoff. “Il liutaio elettronico” (“Paolo Ketoff – the electronic luthier”) and curated by CRM with the invaluable assistance of the engineer’s son Andrea Ketoff, offers a retrospective of the extraordinary technological inventions connected to Paolo Ketoff’s work. The display of his instruments, designs, and multiple collaborations with international artists, composers, and researchers, highlights and recounts in spectacular fashion the cultural ferment that characterized Rome a half-century ago. The show will include unpublished documents like the designs of the latest synthesizers and of his inventions, letters, manuscripts, posters, and the audiovisual repertoire of performances that marked the rise of electronic music in Rome, anticipating many of the current trends in music and technology. The exhibition’s three thematic areas will cover different settings: personal, professional, and the dissemination of his work.

The personal area dedicated to Ketoff’s life will display his patents, periodicals and newspapers that reviewed his inventions, images of his family life, and his precious correspondence with composers and scientific researchers, including John Cage, John Eaton, and Robert Moog, the last of these earning fame for popularizing the synthesizer that bears his name.

The professional area will present in greater depth the most important inventions, diagrams of the designs, and the sound technologies that were developed, like the functioning Synket synthesizer, the instrument with which musicians marked one of the decisive moments in the history of the music of the second half of the twentieth century

Preparatory drawings, complex electronic diagrams, and careful wiring plans will also be on display, and short films will be screened with sounds, effects, or recording techniques developed by Ketoff.

Lastly, a space will be devoted to the documents and images of the artists that worked with Ketoff over the course of numerous contributions to art and film initiatives. All the sounds that will accompany the public visiting the exhibition are produced by the SynKet and are extracted from the original compositions and improvisations of composers like Eaton, Morricone, Guàccero, and Ortolani. A particular installation based on sound tubes placed at the entrance to the exhibition hall will play some historic pieces and a new composition by two young musicians who contributed to the work of technological restoration performed on the exhibited Synket at CRM.

The show comes a few months after the inauguration of Studio di Ricerca per la musica elettronica e le nuove tecnologie Paolo Ketoff (research studio for electronic music and new technologies), a permanent centre for musical research, training, and production at Accademia Nazionale di Santa Cecilia, created in response to the needs expressed by many musicians to have a new technologically advanced centre for music in Rome.